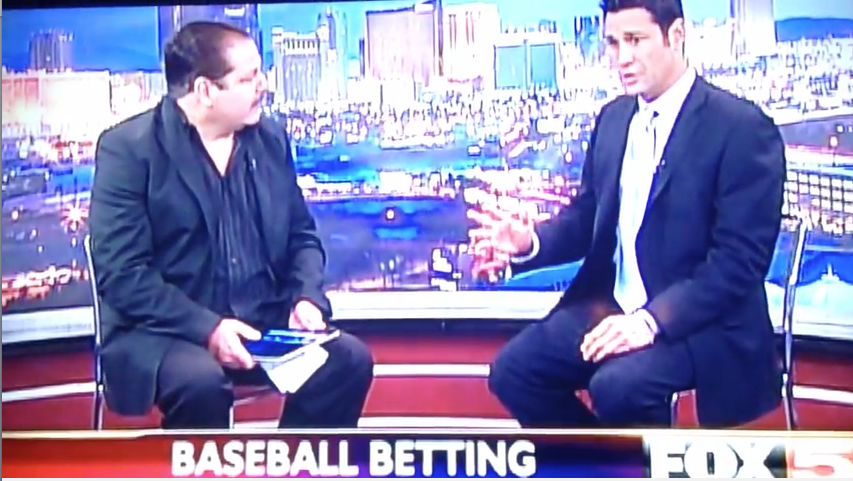 The company provides high-asset pathway for gaming investment that removes the complex barriers-to-entry normally associated with the sector. We mitigate risks by spreading the investment across a portfolio of independent high-investor-value companies and verticals.

John specializes in global business development for the regulated gaming industry, with emphasis on technology, content, and distribution, as well as public relations and contract negotiation in regulated gaming. John has proudly been involved in many successful creations for his industry. Most recently they were the first company to receive Nevada Gaming Control Board approval for mobile sports betting within the state of Nevada and created the first betting app in the United States to be distributed from the Apple store.

Additionally he also created the first kiosk sports betting device (SBX) to gain regulatory approval and to be mass released. Further, he created Million Dollar Ticket which was licensed by the State of Nevada for a bonus game played in restricted gaming locations.
John’s work history contains an extensive background in gaming, including lottery, AWP, slot machines, table games, sweepstakes, systems, and race and sports betting both digital and live.

John has built worldwide relationships and has spent a great deal of time in Asia, Macau, Manila, Canada, UK, South America, Mexico, and many other regions that have regulated gaming. He was instrumental in the acquisition of American Wagering by William Hill, the world’s largest bookmaker, who has received Nevada Gaming Commission approval.

John joined Betfair and TVG, a London listed company late 2013 for a short time to oversee the development of Asia and the Americas. Currently he is the Founder and the President of WEBE Worldwide, a global operator, developer, and distributor of sports betting, social, casino, and lottery products for the regulated gaming industry. With offices in US and China, WEBE specializes in operating land based, mobile, and online sportsbooks as well as developing new and innovative gaming content and convenience betting platforms. As President, John’s duties are to lead the company’s growth, innovations, and maintenance while WEBE seeks to revolutionize industry standards.

John’s work products have been featured on television and radio numerous times as well as hundreds of articles in worldwide print. His passion for pushing the boundaries for regulatory gaming have been behind his collaboration with IllusionQuest Studios with whom John is producing a Massive Multiplayer Online Virtual World for use in China.

Method And Apparatus For A Secondary Win Opportunity United States 20070178957
• First company to gain regulatory approval for mobile wagering Nevada Gaming Control Board
• Follow The Leader. A cutting edge technology that allows for professional and novice sports bettors to access each other through a mobile app or web-based portal and track the success utilizing our unique Leaderboard technology and participate in that success. 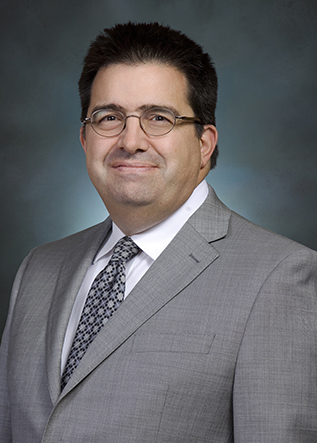 Mr. Cabot is a partner, member of the Firm’s nine person executive committee and former Chair of the Gaming Law practice group at the law firm of Lewis and Roca. His practice emphasis is on gaming law and Internet gaming, skill games, casual games, sweepstakes and contests. It also encompasses Administrative Law.

“One of the doyens of the field, recognized worldwide, is Anthony Cabot. … Peers tells us that Cabot is ‘widely regarded as the most reputable gaming attorney in the US and has practically written the entire library of the subject’.” – Chambers Global, Gaming 2008

“Clients value him for possessing ‘that rare combination of sharp legal skills; current regulatory knowledge and practical business intuition; he is someone who provides clarity where there are areas of gray’.” – Chambers USA, Gaming and Licensing 2007

All law firms are not alike. They are each guided by distinct principles and attitudes that affect every aspect of a client’s experience with the firm. As one of the Southwest’s leading law firms, Lewis and Roca is no exception. Founded in 1950 and with over 210 attorneys in offices in Phoenix, Tucson, Las Vegas, Albuquerque, and Reno, the firm serves a diverse base of local, regional, national and international clients, including some of the world’s largest corporations.

We have extensive experience across a wide range of disciplines from gaming and corporate and securities, to intellectual property, through real estate. We attract and retain the highest caliber legal talent who share our values of integrity, respect, teamwork, accountability and leadership. The foundation of our success is, and will continue to be, the dedication of exceptional attorneys and professional staff. As a graduate of the University of California, Davis, Derrick has a background in research from one of the top research universities in the country. A common challenge he was given during his undergraduate studies at the University of California, Davis was economic policy analysis studies solved through various models. In an example model, he performed a systematic comparative advantage analysis of two countries trading over the course of six months. He then performed a statistical regression analysis of the data, comparing and contrasting the way these two countries implemented economic policy and the effects on the economy observed as statistically significant. Last, he wrote a report summarizing their results and explaining the similarities and differences in their economic policies and their effects on the economy of the two countries. As a result of this experience, he learned how to analyze data and interpret the research for a more general audience.
During his experience at the Montage Beverly Hills Hotel he developed a background in delivering Forbes 5 star experiences under expectations of high profile clientele accustomed to the highest standards of service throughout the world. A challenge he frequently encountered during his 5 years of experience at the Montage Beverly Hills were high profile events such as Global Summits that brought together global leaders; heads of state, leading scholars, billionaire businessmen and celebrities alike. To solve this, he maintained a detailed understanding of program initiatives and communicated progress and recommendations with his team. He worked across departments to maximize resources and ensure process optimization. The result of this was process oriented success through clear communication that enabled his team to consistently exceed clientele expectations. As a result of this experience, he developed the ability to lead effectively by being a better team member. As a Vice President of Corporate Relations at WEBE Gaming, he uses these skills to lead project goals that make the seemingly insurmountable possible.
He has gaming experience throughout Asia, Europe and Latin America working with WEBE International Partners. 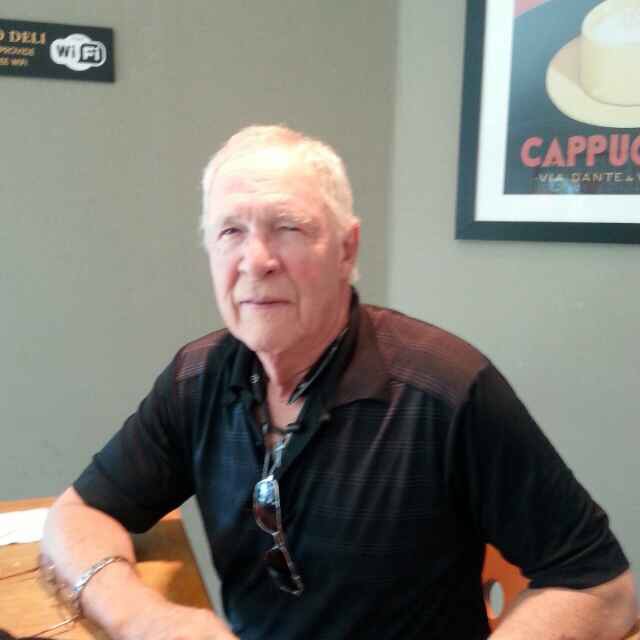 Although Tim McCardell was raised in an environment of building and development with his family in Florida, and later served as operating partner in developments in Nevada, it wasn’t until 1983 that Tim acquired a general contractor’s license in Nevada.
By 1983, Mr. McCardell was either a Trustee or General Partner of several developable properties; and he recognized that additional gains could be made if these properties were developed by the owners or were contributed to joint venture developments. This was the motivation for McCardell procuring a general contractors license as a further tool in enhancing the potential profits for these trusts and partnerships.
As, Mr. McCardell gained experience in cost analysis and budgeting, contract negotiations and administration, scheduling payments and work, and coordination of engineers, architects, public works officials, and sub contractors, he also achieved insight into the mechanisms of viable projects.
As this experience evolved, Mr. McCardell assumed the responsibility as operating general partner or joint venture partner in various developments and construction projects, including 30 semi-custom homes, office buildings, tract homes, 4-plex apartments, and apartment complexes, several land development projects.
Mr. McCardell has been administrator, trustee, general partner, officer, or managing member of the following entities from the early ‘70’s to present (partial list): 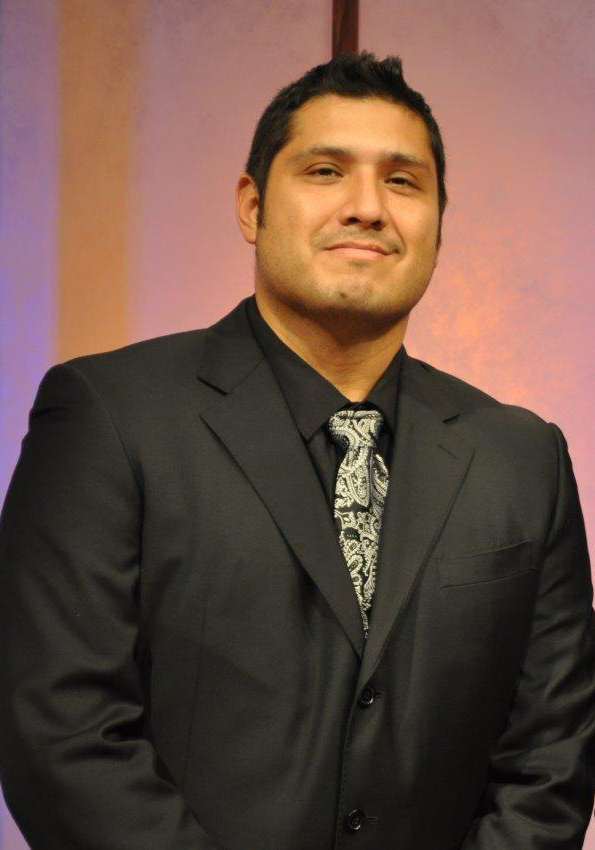 Mr. Stevens has over 14 years of Marketing, communications, and media production, experience. As a self-proclaimed storyteller, Stevens has spent a good part of his career developing creative and innovative content to build or improve brands, expand customer and market awareness, and deliver long term economic value. A recent recipient of the National Center for American Indian Enterprise Development’s 40 Under 40 Award, Stevens has been recognized on a national level for his efforts in Film, TV, Tourism and Media. He has also spent over 14 years in community and economic development and has built several successful business ventures.
In 2013, Stevens Co-produced the theatrically released film Crooked Arrows, and is developing other film and TV properties. He has served as the Vice President of the Tribal Gaming Network, and later as Chief Marketing Officer for an international marketing agency serving gaming and hospitality properties worldwide. He is also a TV personality as the Host/Producer for the PBS show, Native Report, and is currently serving a term on the Business Committee for the Oneida Nation in Wisconsin. Stevens was recently named the Chief Operations Officer for WEBE Worldwide, operating and improving gaming facilities and platforms across the globe. 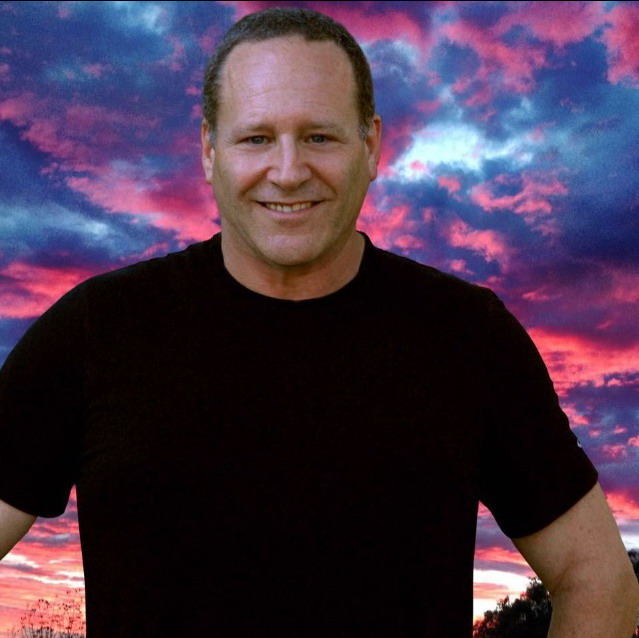 International network of A-list studio executives, creative teams, code engineers and programmers. Successes include substantial contribution to the marketing and promotion of many Emmy Award-winning series including: The Flash, Jane the Virgin, Arrow, Reign, The Big Bang Theory, Two and a Half Men, Southland, Friends, ER, The West Wing, The Sopranos, Nip Tuck, Smallville; and other highly successful series including: Arrow, The Vampire Diaries, Fringe, The Closer, The Mentalist, Rizzoli & Isles, Person of Interest, Dark Blue, Without a Trace, Cold Case, The OC, The Drew Carey Show, George Lopez, Everwood, Gilmore Girls; as well as four Emmy Award-winners for Outstanding Movie or MiniSeries including: Day One, Drug Wars: The Camarena Story, Woman Named Jackie, and Oprah Winfrey Presents Tuesdays With Morrie along with The Hunger Games on Blu-Ray and many IMAX films.

The Illusion Factory has been proud to garner over 260 of the top awards for creativity and technology. http://www.illusionfactory.com/awards